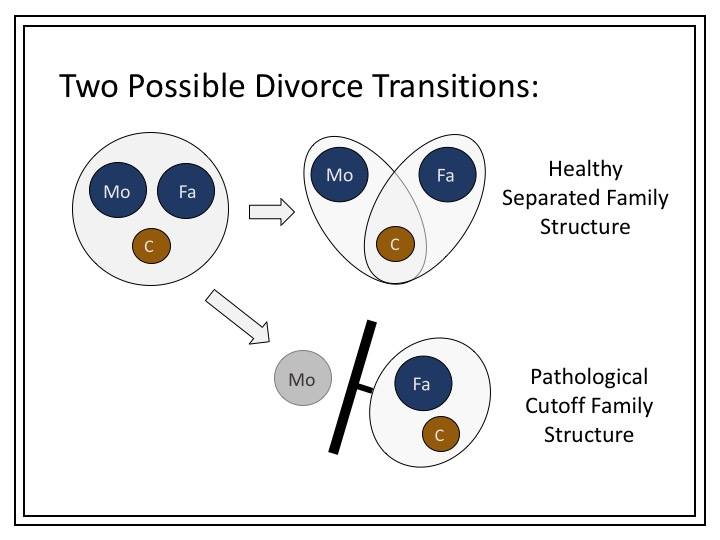 I know. Narcissistic and borderline personality pathology is extremely difficult to diagnose.

That’s why AB-PA doesn’t try to diagnose narcissistic or borderline personality disorder. The entire focus is on the child’s symptom display.

The child’s hostile-aggressive-judgemental symptoms could be symptoms of oppositional defiant disorder, but there are a number of reasons that we can rule this out. Of note in the child’s symptoms is a prominent absence of empathy.

Are there any other symptoms of narcissistic pathology? Yes. Grandiosity (judgemental), entitlement, haughty and arrogant attitude, and splitting.

Splitting (polarized and rigid perceptions; idealization-demonization) is ONLY associated with two pathologies, narcissistic and borderline personality pathology. There are only a limited number of things that cause the splitting pathology (polarization of perception).

Q: How does a child acquire narcissistic personalty traits selectively displayed toward a parent following divorce.

We stay 100% focused on the child’s symptoms.